Gathering to highlight key issues affecting women and girls across U.S. and around the globe. 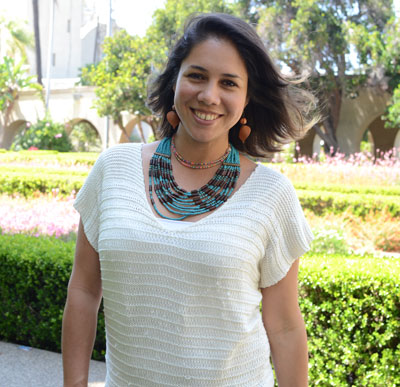 Washington, D.C.– San Diegan Charlene Espinoza, founder of the Liberian based nonprofit Bosh Bosh, has been invited to speak at the first-ever United State of Women Summit and will join experts, advocates, and grassroots and business leaders who work in both domestic and international arenas to highlight key issues affecting women and girls. Taking place on June 14th and convened by the White House Council on Women and Girls, the United State of Women Summit will be an important moment for both women and girls and will feature speakers who will both educate as well as inspire communities to take action on June 14th and well after. The large-scale effort to rally together advocates of gender equality will highlight what has been achieved, identify the challenges that remain, and chart the course for addressing them, challenges that affect communities both here in San Diego and abroad.

“Bosh Bosh is extremely excited to be a part of the first-ever United State of Women Summit. Our San Diego community has shown so much support and our team in rural Liberia is thrilled to be recognized for their hard work and dedication. We are excited to share our story with the global community and shine light on the importance of girls’ education” Ms. Espinoza said.

Bosh Bosh, a colloquial term describing African fabrics that are sewn together in a patch work design, was founded in 2013 by Ms. Espinoza while she served as a Peace Corps volunteer in Liberia. “As a Peace Corps Volunteer, working as an English teacher in Liberia, I saw first-hand the challenges that women and girls face in pursuing an education. Many girls are expected to stay at home to complete the daily household chores of the entire family, the financial means of the family are not prioritized for the female to attend school, and female students drop out of school because they became pregnant at a very young age. What struck me was seeing all the young girls in the lower grades, but then note that few remained among their male counterparts in the upper grades.”

This is now the second time that Ms. Espinoza and Bosh Bosh are included in White House led initiatives. In 2015, President Obama and First Lady Michelle Obama launched “Let Girls Learn,” an initiative to help open the doors of an education for girls around the world. Ms. Espinoza spoke about the importance of Liberian girls’ pursuit of education and the positive ripple effect it has had on the entire country.

Bosh Bosh is a nonprofit and ethical fashion brand that empowers Liberian women and girls through the design, fabrication and sale of handbags and other accessories. Providing employment and educational opportunities for women, offering a wide range of programs in after-school education and granting full scholarships to female scholars, Bosh Bosh currently employs over 22 team members, including 23 female scholars. Bosh Bosh is about transferring skills and empowering girls and women and stands for free education, vocational training, and the preparation of Liberia’s next generation for a better future through a multitude of development strands. For more information about Bosh Bosh and to find out more on how their programs continue to empower and educate women and girls, visit www.BoshBosh.org